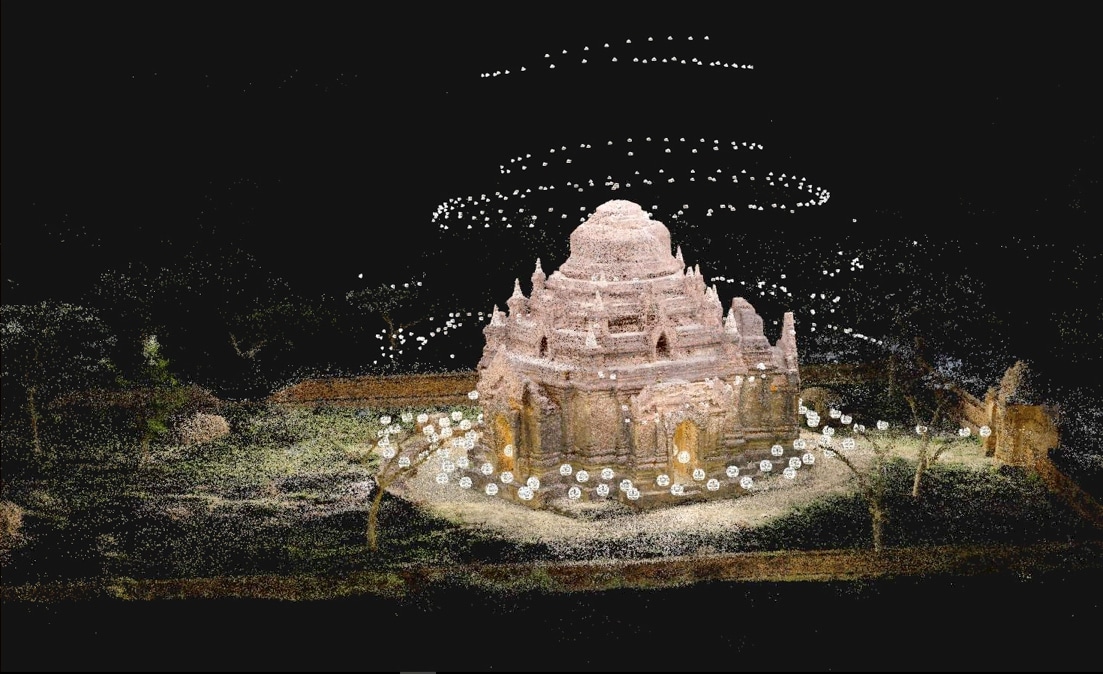 When the Taliban blew up two 1,700-year-old statues of the Buddha in Bamiyan, Afghanistan, in 2001, preservationists around the world were shocked, perhaps none more so than Ben Kacyra.

A software developer who’d just sold his industrial mapping company, Kacyra wanted to do something good with his technology skills. The Taliban’s appalling actions gave him a perfect topic on which to focus.

The result was CyArk, a nonprofit that has spent the past 15 years capturing high-resolution imagery of World Heritage Sites.

“There was no record, no videos, no detailed photos,” said John Ristevski, CEO of CyArk, who helped Kacyra with the organization’s initial projects. “Ben was aghast and thought we needed 3D records of these things.”

Kacyra, and his wife Barbara, who together founded CyArk, wanted to ensure that if other sites met the same fate as those Afghani monuments, there would at least be a visual record.

Today, CyArk has not only detailed photogrammetric data on 200 sites on all seven continents, it has started to deliver on the second part of its vision: opening up that data to the public in the hope that developers will create 3D virtual experiences.

Taste of What’s to Come

To jumpstart things, CyArk, in conjunction with Google — which has provided cloud computing resources, funding and technical support — has released a virtual tour of the ancient city of Bagan, in central Myanmar, that shows off what’s possible.

The tour lets visitors digitally walk through temples, look at things from different angles and zoom in for closer looks, providing an amazingly detailed substitute for those who might otherwise have to travel to the other side of the Earth to see it.

The potential for using the approach to provide education about the world’s ancient historical sites, enable preservationists to study sites more readily, and allow tourists to visit places they could never travel to is seemingly limitless. As such, Ristevski hopes the Bagan tour is just the tip of a much larger iceberg than CyArk could ever build.

“We’re probably more interested in what other people can do with the data,” said Ristevski. “Through the open heritage program, anyone can take the data and build educational experiences. And they can get a non-commercial license to use the data, too.”

In addition to the Bagan tour, CyArk recently released MasterWorks VR, a free app for the Oculus Rift VR headset. It lets people explore multiple heritage sites on three continents, jumping from one location to another.

A Premium on Processing

Ristevski said the P6000 GPUs enable CyArk to crunch its data many times faster than would be possible on CPUs, and he’s also seen significant speed gains compared with previous generations of GPUs.

More important than speed, Ristevski said, is the improved ability to present detailed textures. CyArk has seen resolution of those textures shrink from centimeters down to fractions of millimeters, which is a huge consideration for the heritage community.

“Every square inch of surface is unique,” he said. “We can’t make up textures or replicate textures. We have to preserve every little pixel we capture to the highest degree.”

While Ristevski sees a lot of potential for deep learning to help CyArk as it gets more into classification of its data, the company hasn’t delved far into that technology to date. Once it can move on from its current focus on 3D reconstruction, deep learning figures to play a bigger role.

In the meantime, CyArk plans to continue collecting data on more World Heritage Sites. Among those it’s currently documenting or planning to hit soon are ancient temples in Vietnam and the Jefferson Memorial in Washington, D.C.

As CyArk collects more data, it will also continue to make that data publicly available, as well as packaging it in future VR applications and generating its own VR experiences.

And Ristevski maintains that CyArk has no goals to monetize its data, and will instead remain a nonprofit for the foreseeable future: “We have no intention of forming a business model.”