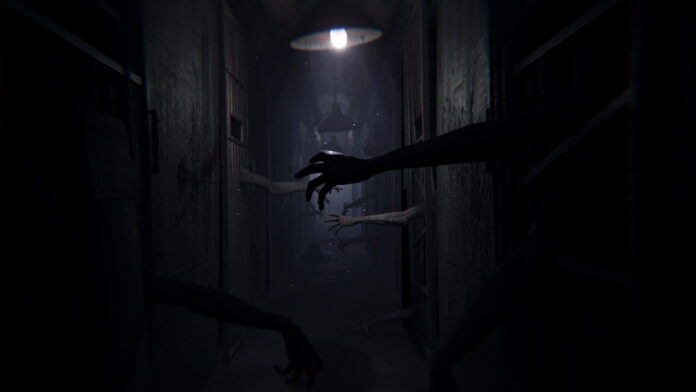 The survival horror game has you exploring a decrepit research facility riddled with the undead.

If you search for VR survival horror games on the Steam or Meta Quest store you’ll find plenty of options to choose from. None of these will prepare you for the intense realism you’ll experience in Deadness from ALIEN Studio.

Simply put, ALIEN Studio has raised the bar for the VR horror genre. This deeply unsettling VR game will have you experiencing real fear and anxiety thanks to a combination of life-like graphics, brutal character design, and gut-wrenching environments.

The game begins with you waking up in a dimly lit abandoned research facility. Your gut tells you something horrific happened there, but what? Your mind races with questions. What’s happening? Where am I? And more importantly, how do I get out? That’s when you notice the hordes of undead monsters lurking in the darkness.

What I found most interesting about Deadness is that it’s designed to be played while sitting down. That’s because the character you play is confined to a wheelchair. To make the game feel real, you will actually need to use both of your hands to push the wheels of your chair forwards, backward, and around corners. The harder you push, the faster you go. In order to use a weapon, you’ll need to take at least one hand off the wheel, which means you aren’t able to move while engaging in combat.

Even the item management system features an interesting twist. Instead of collecting items and accessing them via a standard 2D window, you simply place them in your lap and reach down to grab them when needed.

Deadness is shrouded in mystery which adds to the creep factor. You’ll have to push your wheelchair through dark hallways and rickety bridges made out of wood planks to discover clues that will help you uncover the mystery behind your horrifying situation. You may have to move hanging corpses out of the way in order to move forward, all while knowing that at any moment a terrifying monster could emerge from the shadows.

As you make your way through dark corridors you’ll uncover audio tapes filled with small bits of information. It’s important that you listen to these tapes as they can be very helpful to you. Just be careful to not attract the attention of the dead. The best strategy is to stay out of sight as much as possible. That said you can always fight your way through enemies or create some sort of distraction and escape in the ensuing chaos.

That said, the only thing more terrifying than the gameplay is the audio. There’s no soundtrack. All you’ll hear is the sound of your wheelchair as it rolls across the floors and your own heavy breathing as you shuffle through the decrepit research facility. If you take a moment to be perfectly still and stare down a dark corridor, the silence can be unnerving. But that silence can change quickly with the sound of shuffling feet or the faint moan of something evil heading your direction.

I’m not exaggerating when I say that Deadness is easily one of the scariest VR games I’ve ever played, quite possibly my number one. Any fan of the survival horror genre will absolutely love exploring this genuinely horrific VR experience. Just be careful, Deadness is not for the faint-hearted.

Deadness is available now for the HTC Vive and Valve Index headsets on the Steam store. If you hurry you can pick up the game at a 22% discount (normally $24.99).