How Can the Gaming Enterprise Embrace Blockchain? 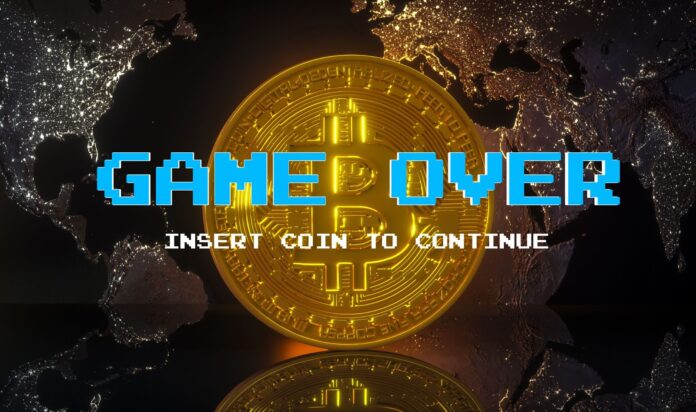 With all the talk of metaverses, NFTs and blockchain, one might think that the gaming industry would be among the most accepting of this new technology. Given how quickly gamers are to embrace other new technologies (see Virtual Reality (VR), Augmented Reality (AR) and motion controls) it is easy to think the industry would love this addition.

However, a cursory glance over Twitter and Reddit shows that the majority of gamers and gaming professionals are opposed to this new feature within the industry. Most of the complaints are understandable, but are prone to change as time goes on:

We must remember that any emerging technology will likely experience a critical reception at first. Even Mixed Reality (MR) and motion controls had very loud critics at the time of release. In fact, it took a long while for third-party developers and publishers to capitalise on the motion controls for the Nintendo Wii. If we mirror this with blockchain technology, especially at this early stage, we can expect many of these issues to be ironed out or adapted by gaming companies to unleash their full potential.

Videogame developers and publishers do need to rethink the market and demographics from this point on. Web3 and the metaverse technologies are too important to ignore, so how might the industry embrace the blockchain?

Currently, many games and metaverse clients are running on the Ethereum network which can be very energy hungry. Reported by CoinTelegraph: “In 2021, transactions on Tezos were more than 35,000 times more energy-efficient than transactions on Ethereum”. It’s likely that blockchain videogame projects will need to be moved across to a different network, such as Tezos. In fact: “a single transaction on Ethereum took roughly 30 kWh, the equivalent to powering a house in the US for a whole day. In contrast, a transaction on Tezos took 0.0016 kWh or less than the energy required to charge an iPad for 10 minutes.”

There’s no denying that blockchain and cryptocurrency do use a lot of energy – it’s a large part of why the networks tend to be so robust and secure – because they are running so many computers as nodes on the chain. However, according to a May 2021 report from Galaxy Digital, the leading crypto network, Bitcoin, uses less energy than two other leading financial systems – Global Banking and the Gold Industry.

Statista then produced a report, as summarised by MakeUseOf, in December 2021 claiming that the Ethereum network, while hungry for power, usage of energy equates to approximately half the use of the Bitcoin network.

We can see the yearly approximate energy breakdowns as follows:

If gaming pioneers and publishing leaders can utilise networks like Tezos, for example, the draw on energy will be significantly less than it is currently. As the industry does begin to welcome the new technology, this energy usage will grow as millions of gamers start playing, but the progression in energy efficient networks and global clean energy sources will ensure huge improvements for the future.

How is the Tezos network more energy efficient? Because, unlike networks like Bitcoin and Ethereum, Tezos runs on a system called ‘proof-of-stake’ rather than ‘proof-of-work’.

With proof-of-stake, the crypto miners must invest crypto in forming new blocks on the blockchain, this helps to prevent corrupt blocks as the miner would lose revenue. Blocks with the most staking get added to the chain. This results in faster additions to the ledger. Proof-of-work acts more like a competition in which miners can compute more equations to provide safety on the block. This means a transaction takes far more time as miners compete, which then leads to more energy drawn from the grid.

Let’s start this section with one sentence which must be kept in mind going forward ‘NFTs aren’t just pictures of monkeys and pixelated JPEGs’. Whenever we tend to see NFTs (Non-Fungible Tokens) in the news it’s usually for one of a few reasons: an NFT sold for a ludicrous amount of money, NFT artwork has been stolen or NFTs are seen as a shaky investment.

An NFT can be so many things. Yes, they can be pictures of apes and they can cost a lot of money, which will either depreciate or appreciate in value. They can also be tickets to a concert or a fan club meeting holding little to no value; they can be MP3s from an upcoming musician; they can be an item from a videogame.

Currently, what is most important is not what the NFT contains, but what an NFT actually is. An NFT is an encoded transaction that is backed up by the security of blockchain technology. Each NFT contains an alphanumeric code that ties it to the consumer’s cryptocurrency wallet e.g. Metamask, Coinbase, etc. This code is, basically, the digital receipt for a digital item.

What we must remember is not the receipt itself – as an email receipt is sent out whenever we buy something online – but the fact that it’s unique to you which provides much more security of purchase. It cannot be copied, because the nodes in the blockchain constantly verify the information.

How NFTs can be introduced into gaming is a task for intelligent development teams. There will always be people and companies who will look to either exploit or make a quick buck. In order for NFTs to have a meaningful place within videogames, the idea of flipping a digital asset to make money must be lessened or removed entirely and the consumer needs a valid reason for NFTs to be included.

Perhaps an indie developer wants to raise extra funding to complete the final stages of a project without the middleman of crowdfunding websites. If that game is tied into an NFT, the developer could sell unique versions of the game and transfer the revenue raised into capital to finish the game. Another route could be the preservation of digital DLC or retro game data; maybe a game is slowly losing players after a long life and the servers are due to be shut down. An NFT may be able to package up the files to give a sense of ownership.

The arguments against NFTs are certainly valid; gaming companies aren’t often viewed with much optimism and often consumers believe they are being monetised far too much. There’s also a sense that cross-progression and universality will never happen within the gaming sphere, purely because the environment is too reliant on financials over experience. Would Activision, Epic Games and Mojang really work together to allow skins and items to work in each other’s games? Only time will tell.

Play-to-earn games have been around for a couple of years by this point. They’re an odd amalgamation of traditional gaming genres and an opportunity to earn money (cryptocurrency) through particular gameplay mechanics. Some games allow players to sell NFT assets – in-game items, monsters, cards, depending on the game – on open markets, while others offer very small amounts of cryptocurrency for completing in-game tasks.

This era of playing to earn is steadily growing and offering some players a way to monetise their hobby. Where you fall on whether this is a good concept or not, is down to your own ideals. One thing is certain, the actual gameplay within many of these games is often capitalising on repetitive feedback loops.

Whichever game you end up choosing to try, tends to suffer from a feeling that the crypto came before the content. Vocal opposition to these games, on social media, often believe that games and publishers who announce themselves as using play-to-earn are doing so purely for the cut of the money they receive with every transaction.

Play to earn games can be seen as existing within a grey area of gaming, after all, no AAA studio has, as yet, implemented these features in their games. Of course, that doesn’t mean they aren’t coming. So many studios tend to stay ahead of the curve and have likely been looking into monetising play since blockchain and NFTs began sweeping across the world.

However, the biggest PC gaming platform, Steam, has banned any and all blockchain games for the foreseeable future. While the company hasn’t specifically vocalised why, it has been speculated it’s because these games have an impact on real-world concerns, such as fraud and volatile NFT and crypto markets.

Gaming is a tricky industry to monetise for the players, outside of streaming and eSports. In any competitive game, the idea of selling an item that will benefit the buyer would be seen as paying to win. For example, in the game Gods Unchained, which is a play to earn card game, players can open packs of cards (the cards are NFTs) and sell them on {the marketplace}. Some of the cards being sold are high-level cards that offer the owner a better chance of winning the game.

This tactic, for many players, is seen as paying to win games with ease, thereby earning more in-game benefits and, in this case, more crypto payouts. Therefore players with a larger amount of capital can invest their money in high power NFTs to gain an advantage over players with lower capital.

This brings us around to another issue with some of these pay to earn games. Many titles require the player to stake money in the game, often before even playing. While some require less money upfront, others, like Axie Infinity need players to sometimes spend £150 upwards to get going. This entry fee limits those who then play, creating a smaller audience.

There’s no doubting that the idea of monetising how we play games is incredibly appealing. Many of us would love to earn a bit of pocket money for playing games we enjoy, however, the current model being applied by early adopters must broaden to encompass more players. The creators behind Axie Infinity, Sky Mavis, have recently expressed a need to bring the game to mobile platforms as a free to play game, which would garner many more players.

So, how Does Gaming Embrace Blockchain?

Honestly? In three ways. Firstly, having patience and watching how blockchain technology develops. Biding time and seeing how early adopters use the space is vital to discovering pitfalls and successes. Large publishers are eager to explore this trend and hopefully adopt it for their future games, but its inclusion must feel genuine and offer something to the game.

Secondly, listen to the players. Whether the players hold positive or negative views, they are the audience and they will vote with their money. If they don’t like a gaming mechanic, the game will lose its player base swiftly; and if the game relies on players using a marketplace and buying crypto tokens, the financials will crash hard costing players and developers thousands.

Lastly, inspire innovation. Innovative and blue sky thinkers exist within gaming. They’re often the developers or designers who charge ahead with new technologies such as motion controls or virtual reality and make something truly exceptional. It’s these creators who will look at blockchain technology and see something different, something beyond NFTs, crypto wallets and currency rewards. Through these creators, gaming can not only accept blockchain but thrive with it. However, it’s going to take time, sincerity and enthusiasm from everyone involved.