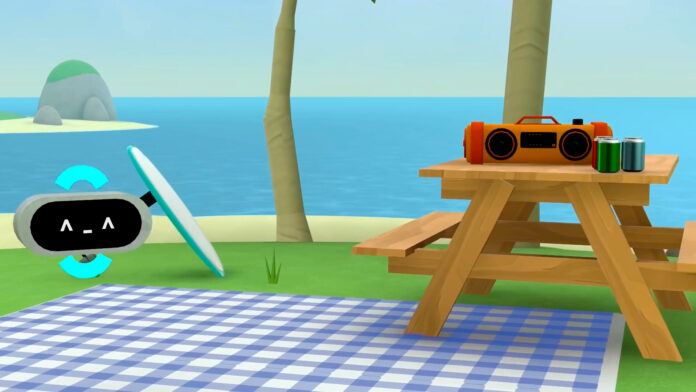 Yesterday, Meta (formerly Facebook) hosted a special “Inside the Lab” event centered around its recent advancements in artificial technology during which the company revealed an AI-powered universal translater that allows users “the ability to communicate with anyone in any language.”

Not only that, but Zuckerberg himself made an appearance to unveil a ground-breaking artifical intelligence system that allows users to build complex virtual worlds for Meta’s Horizon Worlds metaverse by simply describing they want.

The proof-of-concept technology, referred to by the company as ‘Builder Bot,’ was demonstrated yesterday during the live event by Zuckerberg and a team member, who used the technology to automatically generate a handful of 3D landscapes they could explore using their VR avatars.

By simply saying the words, “let’s go to the park,” Zuckerberg was able to instantly generate a custom environment complete with trees, rocks, and other shrubbery you might find at your local park.

He then generated a colorful beach location by saying “actually, let’s go to the beach.” It’s at this point Zuckerberg begins to get more specific with his commands. He first asks for clouds, at which point a layer of basic clouds accumulates above them. He then changes his order to even more specific altocumulus clouds.

From there the duo grow their little slice of virtual paradise by adding everything from an adjacent island and palmtrees to a picnic table with drinks and a boombox. They even incorporate various sound effects like ocean waves and seagull chirps as wel as tropical-themed music.

Zuckerberg wraps up the demo by requesting a hydrofoil, a reference to a popular meme featuring himself. “As we advance this technology further, you’ll be able to create nuanced worlds to explore and share experiences with others, with just your voice,” he added during the event.

No word yet on when we can expect to get our hands on this exciting new system. While simple, Builder Bot could help the company bolster its catalog of user created worlds by simplifying the creation process. The Horizon Worlds creator system is fairly straight-forward already, but this could serve as an excellent way to quickly build the foundation for more complex worlds.

It appears as though Meta is taking aim at the voice assistant market with its continued investment in AI technology. According to Zuckerberg, the company is working on making conversation with voice assistants more natural using artificial intelligence.

Previous articleHTC’s Imaginative and prescient of the Metaverse is Heavy on Buzzwords, Gentle on Substance – Street to VR
Next articleThe VR Drop: An Early March Bonanza!