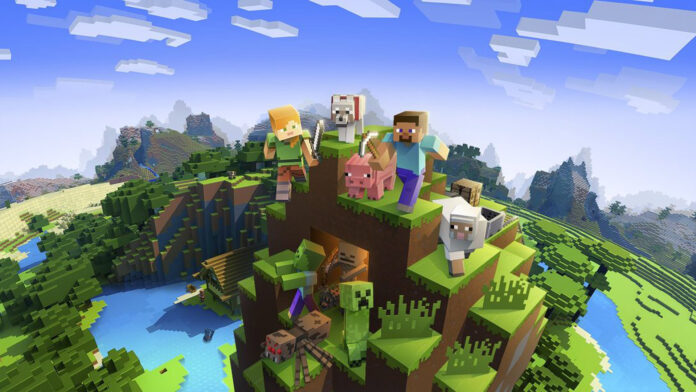 Minecraft has been available on basically every VR headset outside of Quest up until now, but that’s changing with the beta release of ‘QuestCraft’, the unofficial Quest port for Minecraft Java Edition.

The project was thought long dead, however, the QuestCraft team has just released its first public build of the standalone Minecraft port for Quest 2.

This includes a majority of the fun and flexibility of Minecraft Java Edition along with motion controller support so you can mine, chop, slash, and build with your own two hands in VR.

That means you’ll need a legit copy of Minecraft Java Edition to play, although installing and playing it on Quest is free. Take a look at the gameplay teaser below:

As a beta, QuestCraft still requires some love in terms of multiplayer. Servers are up and working, however, local LAN games are easier and more accessible if you’re looking for a quick out-of-the-box way of playing Minecraft multiplayer with a friend.

To play QuestCraft, you’ll need to download the APK to your Quest using SideQuest, the unofficial sideloading software, and library for Quest. Here’s a quick explainer on how (and why) to use SideQuest.

For now, installing QuestCraft isn’t as simple as going to SideQuest and downloading it though. You’ll need to jump through a few hoops to get it working, including installing the QuestCraft launcher, plugging in a few extra files, and granting all requested permissions.

The team provided a short explainer on how to install QuestCraft:

The team says QuestCraft is still fairly slow since Minecraft Java Edition hasn’t been optimized for standalone headsets. They recommend a few mods to help with performance issues in the near term:

Check out the full installation instructions and links over at the project’s GitHub for more.