Play A Psychotic Gun-For-Lease In Gambit! For Quest 2 & PC VR 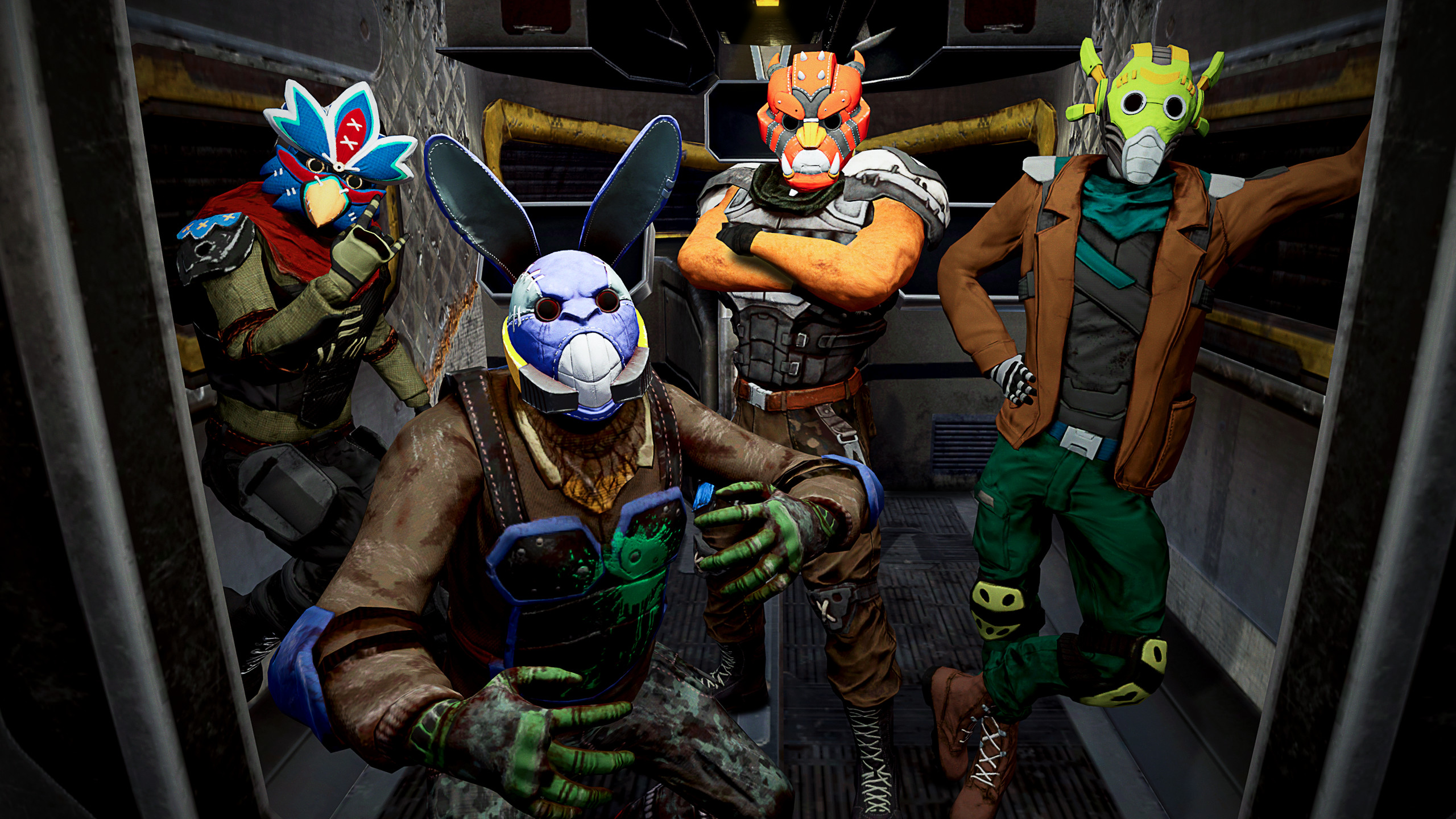 Team up with friends to battle hordes of enemies in this over-the-top VR shooter.

The world as we know it has descended into a state of absolute chaos, and as a group of psychotic masked mercenaries available for hire, that’s just the way you like it. That is until a mission goes south and you find yourselves on the wrong side of the influential mob boss. That’s when all hell breaks loose as you and your team fight for survival, all while reveling in the thrill of having a collective bounty on your heads.

This is Gambit!, an insane VR shooter from the Hungary-based indie developer X Real Games that has you and three other players taking on the role of wildly unstable guns-for-fire: Frank, Cody, Udo, and Kevin. Each mercenary is lovably-crazy in its own special way and possesses unique special weapons, fighting styles, and weaknesses.

The game features over twenty hours of story-driven gameplay broken up into 9 levels during which you’ll unravel puzzles, play mini-games, and have some unfiltered dialog with unsavory characters that can help you unlock new weapons, health supplies, hidden rewards, and masks you can wear to intimidate your enemies.

Each chapter of the game offers a new map to help you navigate through the levels. You can play by yourself or as a team of four. Gambit! promises a generous amount of replayability thanks to its unlockable content, a diverse range of weapons, and the open-world storyline. You can even jump into a multiplayer VR deathmatch if you’re just looking for a quick game.

The game is also designed to be easy to jump into if you’re new to VR. At the same time, Gambit! can be incredibly challenging to even veteran VR gamers.

A global leaderboard and killer soundtrack helps you stay motivated. Free updates that will include new skins, crazy weapons, and fun minigames promise to keep Gambit! feeling fresh. There’s even an in-game graffiti board you can tag.

The single-player/co-op buddy adventure VR shooter was originally announced back in June of 2020. Unfortunately, the global pandemic slowed the team down. However, they kept moving forward and now the X Real Games team is ready to get Gambit! into your hands.

If all goes as planned, Gambit! should be available on PC VR headsets via SteamVR and on the Meta Quest 2 with support for cross-play starting in May of 2022.

To stay up-to-date on Gambit!, you can follow the game’s official Twitter account at @GambitTheGame. There you can catch up on the latest details and check out work-in-progress videos leading up to launch. You can also join the X Real Games Discord by visiting here.