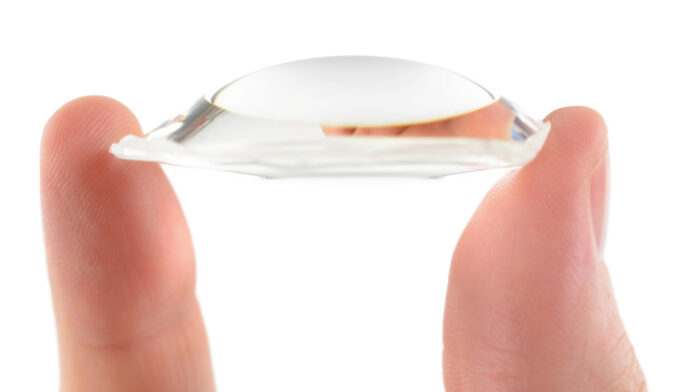 An official product page for PlayStation VR 2 confirms some new details on the headset’s optics and displays. Although the page signals that PSVR 2 is getting ever closer to becoming a reality, we still don’t have a release date or a look at the headset itself.

Last month Sony shared the first solid specs and info on PSVR 2, which we covered in-depth here. Now a new official website for PSVR 2 has sprung up and revealed a few new details.

Beyond what we already knew about the headset, the new page confirms that PlayStation VR 2 will use Fresnel lenses. This is a fairly big change compared to the aspheric non-Fresnel lens used in the original PSVR headset.

Fresnel lenses use concentric ridges to condense the geometry of a lens into a thinner package, thereby reducing size and weight. This can allow the lens to achieve optical characteristics which might otherwise result in an impractically large traditional lens. However, Fresnel lenses are also known to introduce additional artifacts like ‘god rays’ and edge glare.

Beyond the use of Fresnel lenses, the PlayStation VR 2 product page also confirms that the headset will have two independent displays, one for each eye.

It might seem like a minor detail, but splitting the display into two means more flexibility for the headset’s IPD adjustment (the distance between the lenses).

On headsets with a single display, like Quest 2, when you adjust the IPD you’re merely sliding the lenses along the display. This can leave some unused resolution on the table or make it easier to see the edges of the display depending upon what the IPD is set to.

In headsets with two displays, each lens is typically mounted directly to the display itself; when you adjust the IPD the display and the lens move together. This makes it easier for the headset to accomodate a wider IPD range without potentially revealing the edges of the display or giving up any resolution to account for the adjustment.

The original PSVR used a single display and didn’t include any IPD adjustment. PSVR 2 on the other hand will have two displays and an IPD adjustment, allowing users to dial the lenses into an ideal position. It’s been previously confirmed that the displays will be OLED and support up to a 120Hz refresh rate.

So far the IPD range for PSVR 2 is unknown, but the product page makes mention of an “adjustment dial” which suggests that the range will be continuous rather than discrete.

All the way at the bottom of the product page you can also choose to sign up to be notified for when PSVR 2 pre-orders go live. We still don’t have a release date or even pre-order date, but it’s increasingly looking like the headset will launch this year.

For a deeper dive on what’s known about PSVR 2 specs so far, check out our article comparing the new headset with the original.