The VR Drop: Horror on the Excessive Seas 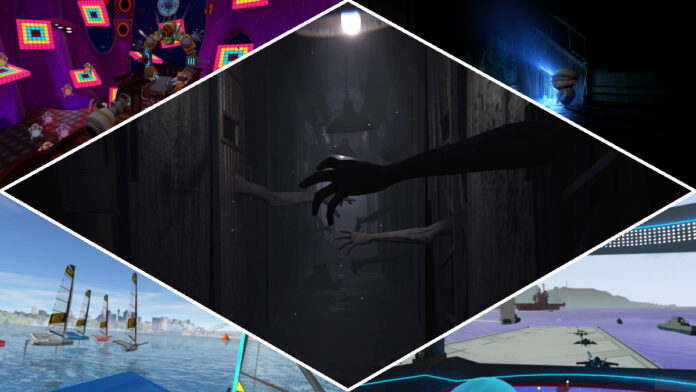 Welcome to another VR Drop, that time of the week where Metaversepls looks ahead at what’s to come in the world of virtual reality (VR) videogames. It’s a nicely packed week ahead, whether that’s brand new releases, older titles getting some love on a new platform, or indie creations seeing an official launch.

An oldie but a goldie if you love interactive VR stories, Paper Birds originally hit Meta Quest back in 2020 and now it’s the turn of PC VR headsets. From 3DAR, the creators of Gloomy Eyes, Paper Birds is a 30-minute tale that tells the story of young musician Toto (played by Jojo Rabbit star Archie Yates) as he searches for his lost sister. You can then interact with the world to aid Toto’s journey.

Time for some dark, suspenseful VR horror in the form of Deadness from ALIEN Studio. Set in an old research facility that has seen better days, you have to explore this hell hole whilst sitting in a wheelchair; thus adding to the tense atmosphere. Carefully maneuver through the corpse-filled corridors and try to find clues as to who you are and why you’re there. Not for the faint of heart.

PlayStation VR may not be the hot ticket it once was but developers are still showing the headset some love. After a Meta Quest and PC VR launch in 2021, HappyGiant is bringing Sam & Max: This Time It’s Virtual! to Sony’s headset next week. Join the crime-fighting duo as a rookie and complete various training challenges whilst helping Sam and Max solve a selection of otherworldly crimes.

Get that thinking cap on as you need to formulate the best naval strategies in Admiral Wars. Set for a Meta Quest App Lab release, Admiral Wars features both single-player (against AI) and PvP multiplayer gameplay modes. Order your fleet into position and look out the window whilst they take down your enemies or watch as your carefully planned attack backfires and your ships disappear into the depths. As this is an early access launch, in the future DB Creations expects to add additional features including a solo campaign.

Another VR experience on the high seas but without all the carnage and mayhem (sort of). MarineVerse Cup has been on Meta Quest’s App Lab since the distribution platform launched last year. Now MarineVerse Cup is making the official leap to the main store, a competitive sailing game offering three boat types with realistic mechanics so you can learn how to sail – without worrying about falling off.